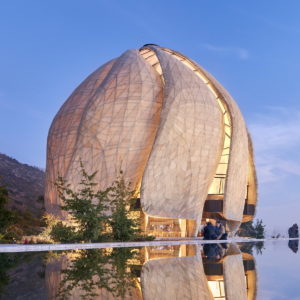 Siamak Hariri is a Canadian architect and founding partner of Hariri Pontarini Architects. One of his masterpieces, The Baha'i Temple of South America has recently been shortlisted for the Royal Architectural Institute of Canada International Prize.

This prize is only given out once in two years. The prize is mainly for structures that celebrate a transformation socially. The structures shortlisted are also meant to be uplifting, respected, and have an architecture that inclusive of various elements.

Hariri Pontarini Architects are currently involved in the architectural development of 2280 Dundas condos. The structure is built to embody a mixture of modern architecture along with luxurious elements. The Condos are to cover 10 acres of land in total. It will also be all-inclusive to cater to both residential and commercial demands and needs. 2280 Dundas condos is set to complete in the year 2021. After which, it will be open for residents to occupy their respected spaces.

Siamak Hariri is known and recognized for his transformational, unique architecture, which is exactly what he did with the first Baha'i House of Worship in all of South America. The location of the structure is as such that stepped pathways, gardens, and serene landscape surround it. The structure also comprises of panels, which are winged like, inclining upwards to the highest point of the dome.

This high point, in correct terminology, is known as the oculus. These wings are created with curved translucent marble and then coated with cast glass. This reasons for this is so that soft natural light can penetrate inside and bathe the room with it. This project was won at a design competition, which included a total of 185 projects from 80 different countries. The completion took in 2013, preceding which the completion of the project took place in the year 2016. Since then, a total of 1.4 million people have visited. 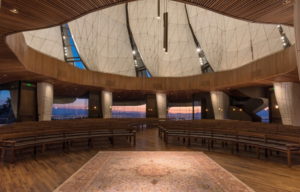 For the people who do follow the faith, it is an embodiment of the same. The structure and the architecture of this magnificent temple were built according to the tenets of the faith.

Nine is considered mystical, which is why the temple incorporated nine sides in total. This is because it welcomes people from all faith and directions under one single roof. The other important element is that the building was to be built in order to be as sustainable as it could be and to be built to perfection.

Just like what the faith and the temple stand for: bringing people from different walks of life together, its development process was the same. The process included artisans, engineers, and experts from places like Chile, Europe, The United States, and Canada to come together. The project has previously been recognized and has also won numerous awards.

Siamak Hariri of Hariri Pontarini Architects also has ​a keen eye in designing breathtaking condo buildings with the aid of reputable developers ​such as Choice Properties REIT. You can read more about their luxurious project here.

In essence the AIA Honors award, the OAA Design Excellence Award, the RAIC Innovation Award, the Canadian Architect Award of Excellence, etc. The RAIC defines this project as something is timeless and inspiring; it's a building that tends to use a language of space, light, form, and materials to express an interpret the faith. It makes its faith's teaching universally shared and accessible.